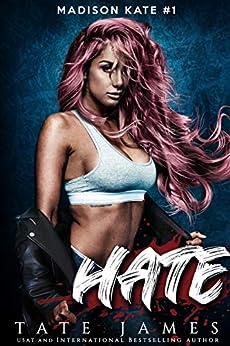 Those words changed my life, and not for the better.

They were wrong, of course. I wasn’t dead. But I was set up.

After being charged with a string of offences--and made an example of by my political minded father--I’m eventually released back into Shadow Grove with one thing on my mind.

Archer D’Ath and his boys messed with the wrong chick and they’re about to learn just how cold Madison Kate’s hate can run.

HATE is a full length mature college/new adult romance with enemies-to-lovers/love-hate themes. This is a reverse harem novel, meaning the main character has more than one love interest. This is book one of four in the series.